Set up to independently promote, develop and provide game meat assurance, British Game Assurance (BGA) was launched in 2018. Since then, the association has implemented new standards, sought to develop the game market in the UK and abroad and ultimately challenged the public perception of wild game.

Working closely with landowners, shoot managers, game processors, stockists and consumers, BGA is not just looking to introduce traceability and secure the future of the market, but also to promote the impressive health benefits and sustainability credentials of British game. 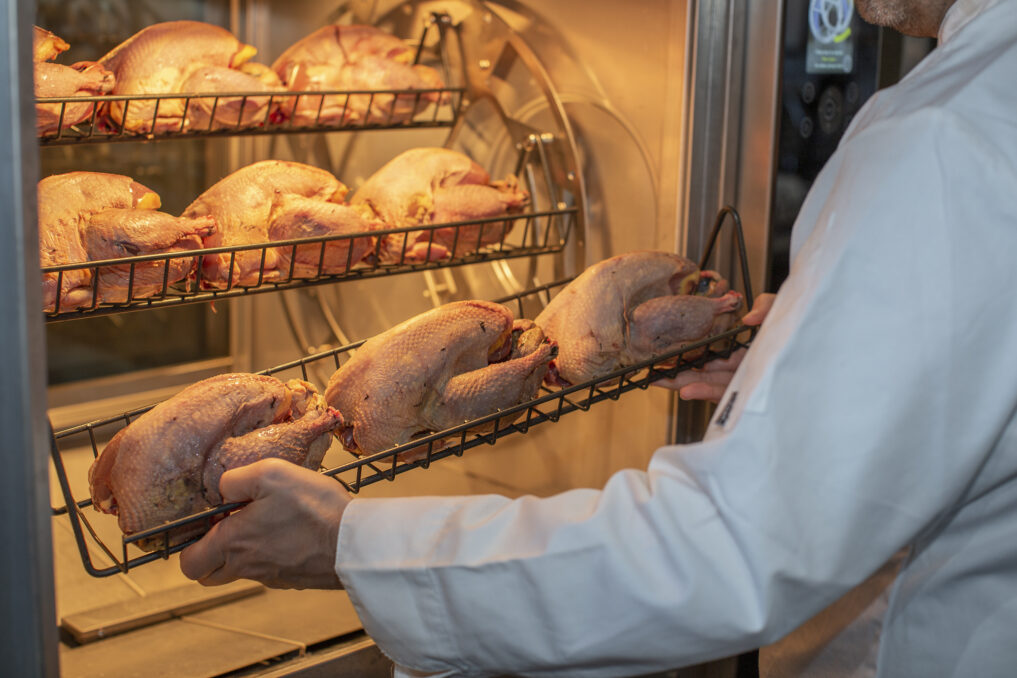 According to Leon Challis-Davies, Chef Ambassador for British Game Assurance, sustainability is a key message for retailers, chefs and consumers alike:

“Well managed shoots, like those assured by British Game Assurance, are not only sustainable in terms of futureproofing but they are good for the environment. In the UK, we eat an estimated 19 million to 21 million chickens per week. These chickens tend to be six weeks old and farmed for the sole purpose of human consumption. Conversely, game such as partridge and pheasants are completely wild birds, they are a minimum of three months old before the shooting season begins, and are harvested right in the woodlands where they live.”

While pheasant and partridge are regaining popularity as a complementary ingredient to several other dishes, one aspect that has traditionally been a tough sell for game processors is whole birds. Taking a new approach to drive awareness and interest in game, BGA approached rotisserie oven and hot holding display equipment manufacturer Fri-Jado, who they believed could offer a unique perspective. Leon goes on to say:

It was thanks to the auto-clean rotisserie, that BGA initially approached Fri-Jado, understanding that the unique combination of the theatre and a consistent cooking process had the potential to deliver some interesting results. Initially I was a little sceptical as to whether game cooked in a rotisserie oven would achieve the desired results that a consumer would expect and ultimately drive repeat purchasing.” 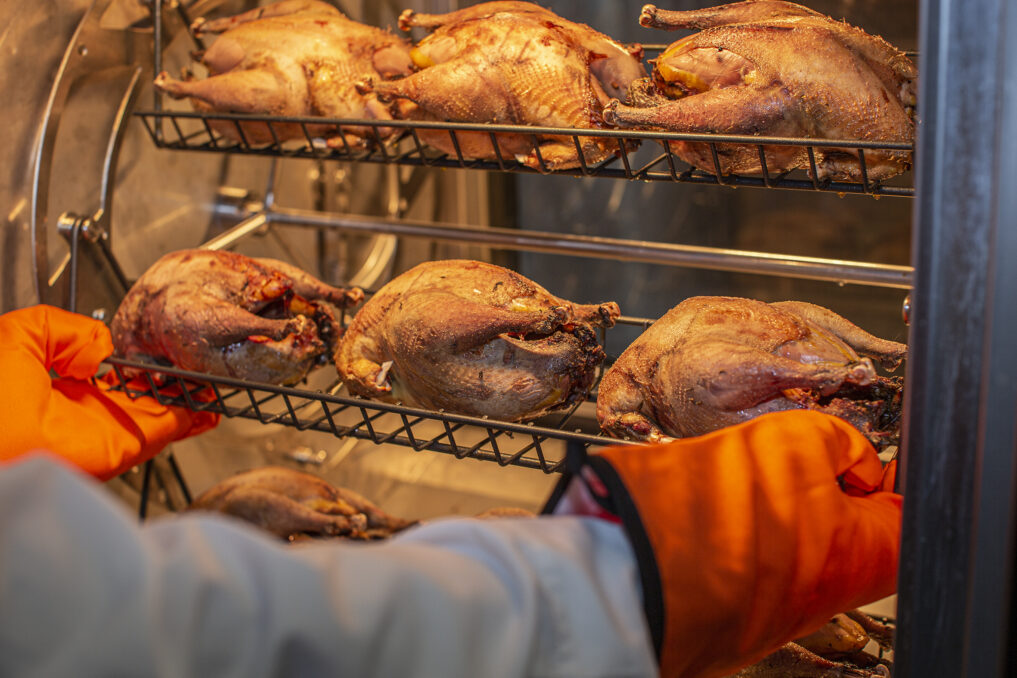 Following a testing and development day at Fri-Jado UK’s head office in Uxbridge, and much to Leon’s surprise, the results were extraordinary, he continues:

“What was great about the first session with the Fri-Jado team was the collaboration and openness from the very start. The combination of Gary and his team’s knowledge of the equipment and our experience in working with game was a perfect match. The pheasants were able to retain their wonderfully rich flavour without drying out or becoming tough – this was something of a revelation to us on the day.”

As with any food development session, it is not as simple as adding the game, setting a cook time and hoping for a good outcome. Leon’s culinary experience and Gary Thacker, Fri-Jado UK’s Sales Director’s, technical knowhow came to the fore, with Leon explaining:

“Having worked with game for the best part of two decades, my experience taught me it was important firstly to brine the bird, before sealing in intense heat to lock in all the juices – much in the same way as you would with a joint of beef. Following Gary’s lead, we started the cook cycle at 220°c which effectively sealed the meat. We then dropped the temperature down to 140°c for the remainder of the time.” 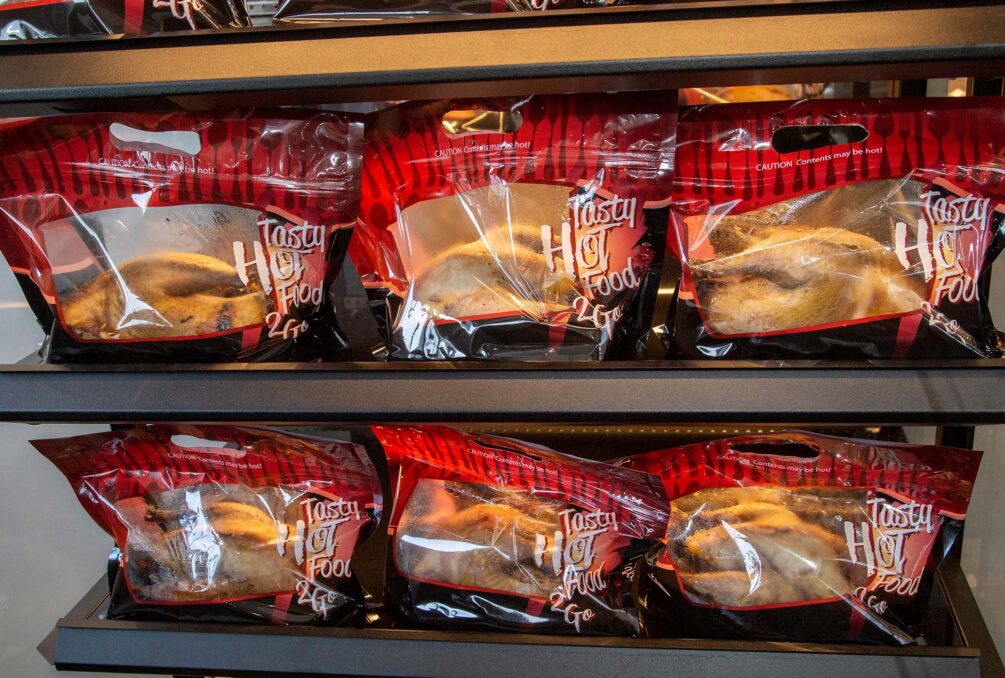 Once cooked through, the birds were placed in a Fri-Jado MDD hot holding cabinet, as they would be in retail and foodservice sites up and down the country. The results from this process were a surprise to Leon too:

“The hot holding cabinet was extraordinary. The longer we left the cooked meat in the cabinet, the better it got. It was as if the meat was being gently sous-vide. So much so that when we came to eat it, the game was incredibly tender and moist, whilst being packed full of flavour. I am confident that what we’ve discovered in the session with Fri-Jado is not only a unique way to serve pheasant and partridge but would be seen as a suitable alternative to whole chicken. This is something that is incredibly exciting.”

Seeing the potential benefits of this new way of displaying and cooking British game for chefs, retailers and consumers alike, Leon concludes by saying:

“The partnership between BGA and Fri-Jado is an exciting opportunity for all. It is one that can have a positive impact on our food industry and the wider environment as a whole. I was blown away by the consistency, the flavour and the texture of the cooked birds, while the unique and eye-catching cooking process from the rotisserie simply adds another dimension to selling British game.”

Do you want more information about the TDR Auto-Clean or the MDD Hot holding?

This website uses cookies to improve your experience while you navigate through the website. Out of these, the cookies that are categorized as necessary are stored on your browser as they are essential for the working of basic functionalities of the website. We also use third-party cookies that help us analyze and understand how you use this website. These cookies will be stored in your browser only with your consent. You also have the option to opt-out of these cookies. But opting out of some of these cookies may affect your browsing experience.
Save & Accept